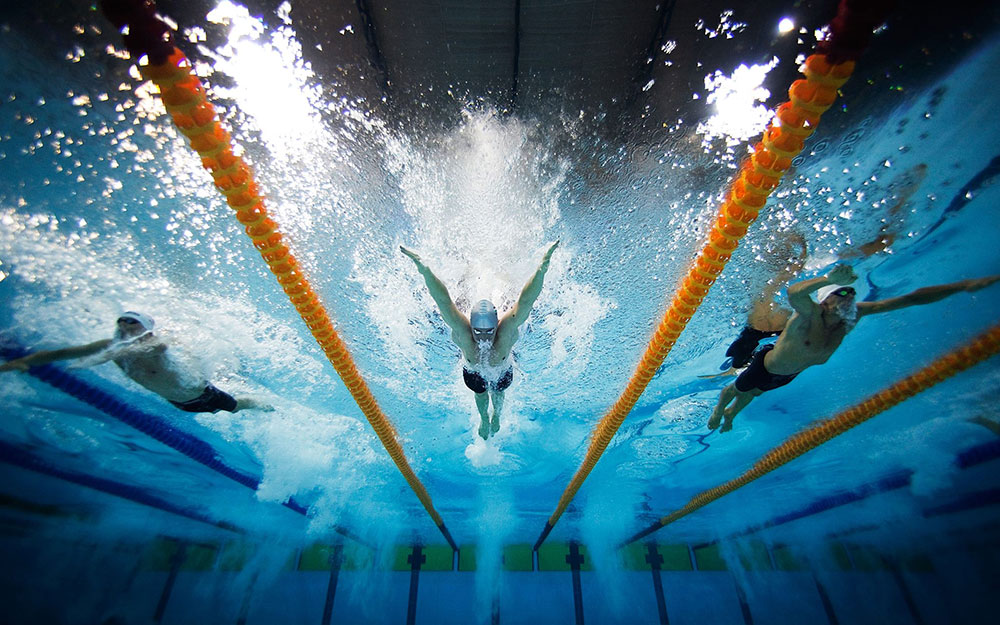 Thomas and Alice Brommer learned the hard way that their daughter, Lisa, was wilting under the pressure of parental expectations. An Olympic-caliber swimmer at sixteen, Lisa’s times are so good that she is looking at a scholarship to her pick of the top college programs in the United States. Thomas, her dad, is ecstatic. He’s been her number one fan since her Tadpole days. Though a corporate tax lawyer with a frenetic work schedule, he’s been a fixture at early morning practices and weekend meets.

Lisa’s mom, Alice, on the other hand, is worried. Two years ago Lisa suffered from a severe case of chronic fatigue syndrome triggered by overtraining. She was forced to stop swimming for an entire year. Now signs of a potential relapse have surfaced. Lisa is overtraining again. She’s tired all the time, and cranky and abrasive, not her usual sunny self. What’s worse, Lisa has always been a straight A student, but suddenly her grades have nosedived. She’s acting out, talking back to her mother, and hanging out with a seedy crowd. A couple of the boys are particularly unsavory, and Lisa seems to always be with them when she’s not in the pool.

But what pushes Alice over the edge is the day she discovers that Lisa has branded herself. Not just with one tattoo, but three. The row at the kitchen table is apocalyptic. Yelling and screaming give way to slammed doors and a river of tears. That night—when things have settled down a bit—Alice and Thomas talk about the stranger now occupying their daughter’s bedroom. Alice is stunned by the changes she’s witnessed in her little girl. Thomas, ever the pragmatist, concludes that Lisa’s poor judgment and moodiness are symptomatic of adolescent angst. He counsels patience. Alice is not so sure. She calls her older sister, Liz, a doting aunt with a grating habit of blurting out unfiltered truths. “You know how much I admire Thomas, honey,” Liz says, “but he’s got to be the source of all this craziness. Lisa loves him to death, and she’s been trying to impress him since forever. She’s probably reached her breaking point.” As Alice hangs up the phone, it all clicks. Lisa’s reluctance to get out of bed. Her fatigue. Her sullen attitude. It suddenly all makes sense. The pressure she places on herself to be the best has been fueled by not wanting to let down her dad. And it’s sinking her.

Still, Alice is loath to approach Thomas. He’s never bought into the chronic fatigue diagnosis. He believes that Lisa is shirking her responsibilities and squandering her athletic potential. She simply needs to toughen up a bit. He was a brilliant breast-stroker in college, with elite-level times, and he knows what it takes to compete: work, dedication, and sheer willpower. He had all three in spades but had to shelve his national team aspirations when Alice got pregnant with Lisa. He took the responsible route and went to law school. To complicate matters further, Alice knows that swimming has always been the bridge that binds father and daughter. It’s the foundation upon which their relationship is built.

A few weeks later Alice is jarred into action. Lisa has hit rock bottom. The dreaded call from school comes: She’s been caught binge drinking behind the gym at a dance. That night Alice lays it all on the line. “This is a disaster, Thomas,” she says. “We’re losing Lisa. This is our daughter’s life, not yours. You cannot make her live your life.”

Alice and Thomas meet with Lisa and tell her they think she should take a break from swimming. Her eyes well up. She hugs her parents, overwhelmed by relief. She feels a tremendous weight lifted off her shoulders. And she quits cold turkey. For the next eight months Lisa steers clear of any and every pool. Then, without any prompting from her dad or coach, she jumps back in. She falls in love with training and competing again, and decides to pursue her Olympic dream. Within six months she is posting her best times ever.

Lisa’s story has a happy ending. Alice realized that her daughter needed time away from swimming, and Thomas finally saw that he had been pushing her too hard for years. He had inadvertently contaminated her sports experience. They backed off before it was too late. However, most parents do not. Stories like Lisa’s play out across America each year at every level of every sport. The result: Seventy percent of children quit youth sports by the age of thirteen. The top two reasons they cite? Parents and coaches, who are often critical or push too hard.

In order to get to know your own sports biography and become aware of how it may be influencing your child’s sports experience, ask yourself these ten questions:

1. What were my parents’ attitudes toward sports and my involvement? Were they involved? Pushy? Disinterested? How did their attitude make me feel?

2. What were my worst childhood sports experiences? Why?

3. What were my best youth sports experiences? Why?

4. Does my past athletic success or failure change the way I feel about how my child should approach her involvement in sports?

5. Why did we put our child into sports? What do we hope he will get out of this experience? Does he want to play, or is it mostly us wanting him to play? Are our goals for him realistic?

6. What’s my reaction when I read about or witness over-the-top parents at games?

7. Can I take a step back? Is this situation or event really that important to my child’s future success and happiness?

8. What memories would I like my child to have about me when she reflects back on her sports experiences with her own kids?

9. What would my child want me to do right now in this situation?

10. Will this situation I’m getting so worked up about really matter twenty-four hours from now?