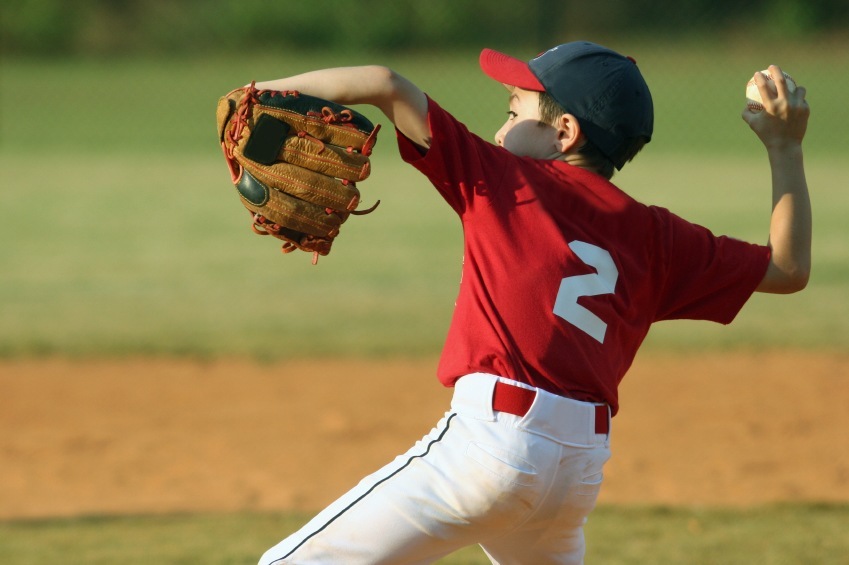 Question: My twelve-year-old son, Billy, plays on a Little League Baseball travel team. Like most of the kids on the team, he’s into the idea of pitching, but he has not taken the mound yet this season. The other night the entire team arrived late for a game. They rushed through a five-minute warm-up, and, as threatening clouds gathered on the horizon, the coach called everyone to the bench and announced that Billy was pitching. He immediately took Billy to the field and asked him to throw some pitches (ten in total), and then pronounced, “You’re ready.” I was alarmed. Even I knew that was not a proper warm-up for a regular starter, let alone a kid who hadn’t pitched once for the entire season. Then the game began. What should I have done?

Discussion: This is certainly a sticky situation, and it happens more often than one would think. In the heat of the moment, coaches (and parents) can lose sight of the big picture. There are four different issues at play here.

From a conditioning perspective, no child, starting pitcher or novice, should take the mound without a well-rounded, carefully executed twenty- to thirty-minute warm-up. Without it they are just not ready to throw effectively.

The medical experts we consulted also balked when we described this scenario. Dr. Neil A. Roth, an orthopedic surgeon and sports medicine specialist who has worked with the Los Angeles Lakers and the New York Yankees, and treated young athletes since the late 1990s, pulls no punches. “I would never let this kid go on the mound. At all. He’s at prime risk for injuries at multiple levels.”

And what about the boy’s emotional health? As Dr. Roth—who has coached his two young sons’ baseball teams—stresses, “more than anything else, if this boy doesn’t get injured physically, he’s being set up for failure. Going in cold, without the proper preparation, without working on the mechanics of pitching and building up his confidence on the mound over the course of the entire season—he will most likely do poorly and never want to pitch again.”

Last, but not least, on a personal level this is a tough situation for both father and son. Dad knows how excited Billy is to finally get a chance to pitch, and he doesn’t want to embarrass Billy in front of his teammates or confront the coach publicly. He wants be seen as cooperative, as doing what’s best for the team.

Solution: As parents, we have to bite the bullet in such situations and speak up. Don’t call the coach out in public, however; that will embarrass and annoy him. Remember, he’s in a pressured situation, looking for a solution to a problem. He needs a pitcher, fast. It’s been a long season, and he’s had to use his regular starters a lot in the past few weeks. He’s responsible for the entire team and is looking for a quick fix. The clouds are rolling in, everyone’s traveled all this way, and the game has already been compromised by the team’s tardiness.

Be sensitive to your son’s plight, too. Explain what can happen if he pitches without the proper preparation. Promise him you will work with him in the backyard or at the park, and that you’ll speak to the coach and get him another shot at taking the mound when he’s developed the proper mechanics and built up enough body strength and stamina. He may be angry with you at first. That’s understandable. He’s disappointed. He has a subjective perspective and is being denied something he wants. As hard as it is, you are responsible for the whole child, whose long-term health and happiness trump short-term disappointments. When his anger has subsided or the moment is right, tell him a story of disappointment from your own sports biography. the key is to show him empathy without caving in to his short-term expectations.

The bottom line: Your child’s physical and emotional health are at risk. Your parental responsibility is clear. Take the coach aside and tell him, quietly but firmly, “Tonight’s not Billy’s night, coach. My boy needs more time to work on this.” The coach will understand and figure out something else. If he puts up a fight and questions your commitment to the team, he probably isn’t the right coach for your son.

You are not being unreasonable at all. For starters, as we just mentioned, if Billy—with little to no training—does poorly at such an impressionable age, his confidence can be destroyed. He may never want to go out there again. With so many kids quitting sports at such an early age, the last thing we all want is to lose him.

The risk of injury is real: “He could suffer from an irritation or inflammation of any of the muscles or tendons of his elbow,” says Dr. Roth. “He could also develop Little Leaguer’s elbow or shoulder, which are very significant injuries. They are essentially stress fractures. He could also injure anything in his lower body.”

Another thing to consider: Some of these twelve-year-old batters can really rip the ball. With so little experience on the pitcher’s mound, does Billy know how to get into the proper fielding stance after he throws the ball? Or is he a sitting duck forty-two feet from the plate, in danger of being shelled? Even if he doesn’t get injured, he’s putting other kids at risk because he doesn’t yet have enough control over his pitches and can hit batters inadvertently.

A kid needs to practice and get comfortable on the mound in order to master the mechanics of pitching. Parents and coaches should pay special attention to velocity, making sure the child does not overthrow. It’s not just his upper extremity; it’s his entire body that has to move toward the plate, and the power must be generated from his lower body. Some athletic kids can pitch effectively right off the bat, but most can’t. Either way, their technique needs to be developed at practice before they ever take the mound.

You can work with your child on all of this at home first. Read up or consult an experienced coach about proper warmup routines. The warm-up before a game is pivotal. Kids should toss the ball lightly, first at varying distances (multiple repetitions), before shifting to wind-up warm-ups for the game. Such preparations should take twenty to thirty minutes, not five. Think about it. Professionals go through hour-and-a-half- long warm-ups before every game. Perhaps it’s time for the policy folk at Little League headquarters to mandate properly timed and executed warm-ups for all players—not to mention institutionalized training for volunteer coaches who oversee such warm-ups. At the very least, parents should be prepared to step in when such circumstances arise, in any sport. Your child deserves better. Insist on it. ♦