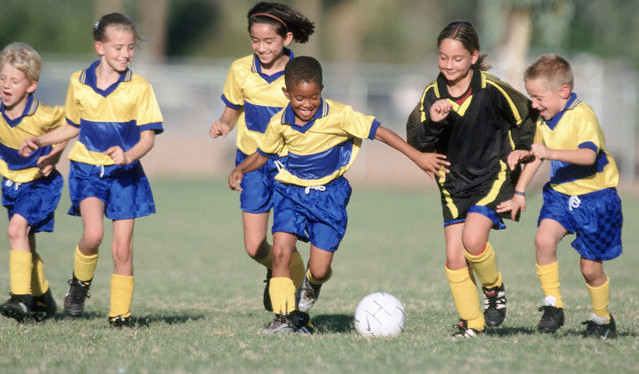 Is there anything a parent can do from the sidelines to help a child play a better game?

We’ve all read about parents who yell and get into fights at their children’s games. But how are parents supposed to behave on the sidelines? What type of cheering helps? What adds pressure? Is coaching from the sidelines ever OK?

Here are some ground rules.

Being a spectator is tough. Watching a child struggle can unleash parents’ competitiveness, or rekindle the pride or pain they once felt when playing sports in their youth. Many of the soccer, football, hockey and other programs starting up again this fall are costly and time-consuming, making it harder to stay calm if your child doesn’t try hard or a coach seems misguided.

Coaches say it is best for parents to set aside emotion and ego, watch the game closely, avoid shouting criticism or instructions from the sidelines and cheer for the whole team, not just their own child.

Kimberly Atnip of Wardsville, Mo., gets excited when she watches her three sons, ages 7, 9 and 14, play football. “It’s intense. Nobody likes to lose,” she says. However, she yells only positive encouragement from the sidelines, she says. “If a kid makes a mistake, you don’t need to call it out.”

She uses self-talk to stay calm. If her son doesn’t seem to be trying hard, she tells herself, “I don’t have fire and drive every day at my work either.” If the team falters, she thinks, “These are 14-year-old kids. They’re not going to play in the NFL.” She directs her sons toward other goals—bonding with teammates, learning to take coaching well and stretching their physical limits.

If other parents on her team lose control and start screaming, she tells them softly, “Calm down. It’s just a ballgame.” Other times, she says, she gets up and walks away. “It’s a reflection on the whole team when one parent is loud and obnoxious.”

Children and teens are embarrassed when parents yell or single out their own child with loud cheers, according to a 2011 study of 57 players ages 7 to 14 published in the Research Quarterly for Exercise and Sport. Even seemingly encouraging cheers, such as “Come on, you can do it!” can imply criticism to players that they’re not doing their best, says the study, led by Jens Omli, an instructor of kinesiology at California Polytechnic State University, San Luis Obispo. 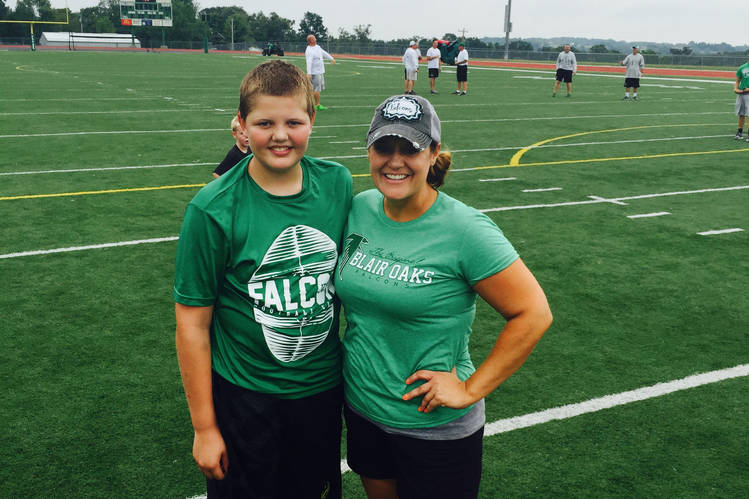 Children often connect parents’ attitude about their sports performance to their value as a person, says Bruce E. Brown, a teacher, coach and director of Proactive Coaching, a training firm in Camano Island, Wash. They think parents who yell instructions from the sidelines believe children can’t figure out what to do on their own, Mr. Brown says. Hurling insults at the ref teaches children it is OK to challenge authority.

Criticizing a child’s teammate suggests it is OK for a child to dump on teammates too. Some 23% of 400 sports parents surveyed in 2013 by i9 Sports, Riverview, Fla., a youth-sports league franchiser, said they or their children had been excluded socially because the kids weren’t as good as other players.

Self-control is tough for parents who “are confused about what the goal is” in youth sports, says Jim Thompson, founder of the Positive Coaching Alliance in Mountain View, Calif., a nonprofit that trains 100,000 coaches a year. “The goal is to develop better athletes and better people, and trying to win is part of that,” he says. “If your definition of success is that your kid’s team wins and your kid plays fantastically, you’re going to be disappointed a lot of the time.”

In the stands, Mr. Thompson adds, “no sports parent has a totally positive experience. And most parents don’t feel like they have any power, any control.”

Many parents get angry because they think their children are being treated unfairly or carelessly by officials, coaches or other players, according to another study led by Mr. Omli, a survey of 773 parents published in 2012 in the Journal of Applied Sport Psychology.

Others erupt with unresolved frustration or anger over their own childhood sports experiences, says Luis Fernando Llosa, co-author of “Beyond Winning,” a 2013 book on improving the experience of youth sports. A man who hated the pressure he faced as a child from a hypercompetitive father might unwittingly pressure his son in the same ways, because that is the behavior he knows. Mr. Llosa advises parents to recall their own “sports biographies” and think about what parts are worth passing on.

Parents can stay productively occupied on the sidelines by watching the game closely and making mental notes on signs that their child or the team is improving, Mr. Llosa says. Notice even subtle successes, such as getting up quickly after a fall to help defend the goal, he says. This “mental highlight reel” can provide fodder for conversations later. Coaches also recommend doing progressive muscle-relaxation exercises on the sidelines or counting backward from 100.

The quality of coaching is a hot button. More than 80% of 1,511 parents surveyed last year by ESPN and Aspen Institute Project Play, a research and advocacy group, worry about the competence or behavior of their children’s coaches.

Parents who react by coaching from the sidelines only confuse their children. Longtime coach John Engh tried to teach a 6-year-old boy to stop hitting the baseball toward left field by telling him: “Don’t think of anything else while you’re swinging but stepping toward the pitcher,” says Mr. Engh, chief operating officer of the National Alliance for Youth Sports, a West Palm Beach, Fla., nonprofit that trains more than 100,000 coaches a year. When the child came to bat, however, his father yelled from the stands: “Keep your eye on the ball.” The boy forgot everything Mr. Engh said, and hit to left again.

Frustrations over whether a coach is giving your child enough playing time are common. Parents should look for a program that matches their philosophy. Some promise ample or equal playing time for all. Still, coaches sometimes bend the rules to win.

No matter how frustrated parents become, they should avoid criticizing a coach in front of their children. Longtime youth coach Edward Garcia was annoyed two years ago when two angry parents confronted him just as he got up from the bench after a middle-school basketball game, complaining that a player wasn’t passing the ball enough to their daughter. Hurrying to complete his coaching duties, Mr. Garcia, of Henderson, Nev., deflected their anger by saying he was working on passing during practices.

Many programs ask parents to wait 24 hours after a game before complaining to a coach, to let emotions cool. This is often part of a pledge parents are asked to sign. Examples can be found at PCADevZone.org and nays.org/parents. 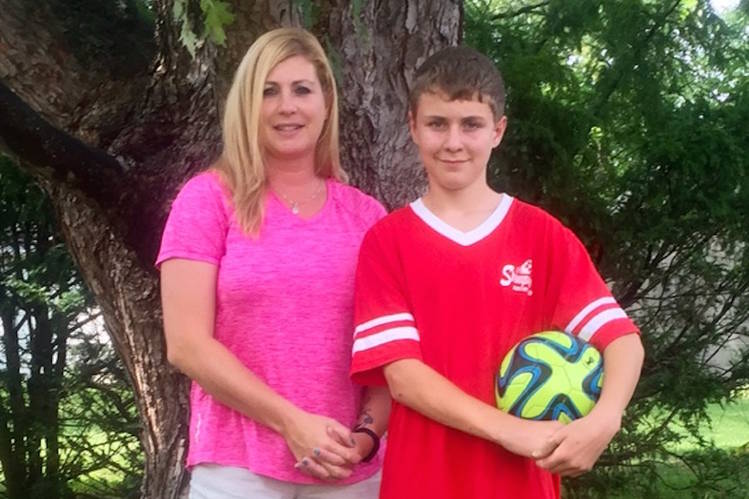 Preteens should start learning to advocate for themselves. Matt Herr, who coached prep-school hockey for seven years, often got emails from parents that began, “Don’t tell my son that I’m contacting you,” says Mr. Herr, a former pro hockey player and a former player-development manager with USA Hockey, the sport’s U.S. governing body. His response: “Talk to your child, and please have him come to see me, too.”

Parents can monitor their own behavior by asking themselves what their child would see if he looked up at them in the stands, Mr. Brown says: “Would he draw confidence, assurance and poise from what he saw?”

Tracy Kistemaker of Strongsville, Ohio, agonized when watching her 11-year-old son Dylan’s basketball games two years ago. Dylan was trying hard, but he seldom got the ball, because the coach allowed four other players to dominate play.

Ms. Kistemaker knew her son was devastated, but she kept a positive expression on her face. “Children feed off your emotions,” she says. She did deep-breathing exercises to stay relaxed. “Lamaze might be good for childbirth, but it’s even better after you have your children,” she says.

She wanted Dylan to learn to hang in there in tough situations. After the coach didn’t respond to her two email requests to meet and discuss the problem, however, she and Dylan’s dad let him quit the team. Now 13, Dylan is doing well in soccer and track. ♦

Sue Shellenbarger. “The Best Way to Cheer for Your Child.” The Wallstreet Journal [New York] August 25, 2015.